KANSAS CITY, Mo. (May 19, 2019) – Due to overwhelming demand, country music icon George Strait has added a second show to his special engagement at Sprint Center in Kansas City, Mo. The second “Strait to the Heartland” show is slated for Sunday, Jan. 26. Joining the King of Country in Kansas City for both performances will be Special Guest Asleep at the Wheel.

Tickets start at $75 and go on sale to the general public on Friday, May 31 at 10 a.m. at SprintCenter.com.

"Hosting George Strait for two incredible nights at Sprint Center is amazing,” said Brenda Tinnen, General Manager and Senior Vice President. “The entire region will roll out the red carpet for King George and his fans as they come to Kansas City from all corners of the nation.”

With an unmatched 60 singles hitting the top of the charts during the span of his 30-year career, Strait is the undeniable “King of Country Music.” Strait is the only act in history to have a Top 10 hit every year for over three decades and has sold nearly 70 million albums and earned more than 60 major entertainment industry awards, including induction in the Country Music Hall of Fame in 2006.

A limited number of tickets will be available for purchase by George Strait Fan Club members during a pre-sale period beginning at 10 a.m. on Tuesday, May 28.

Following the completion of his record-breaking Cowboy Rides Away Tour in 2014, Strait has performed limited engagements including 22 sold-out “Strait to Vegas” shows and a one-night-only show at Atlanta’s Mercedes-Benz Stadium on March 30. 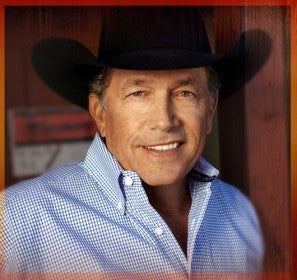 with special guest Asleep at the Wheel