Kodak Black started rapping in elementary school and began to go to a local trap house after school to record music. He spent his youth reading thesauruses and dictionaries to further his vocabulary. Kodak Black frequently participated in brawls and breaking and entering with his friends. He was expelled from school in the fifth grade for fighting and was arrested for auto theft while in middle school. About his upbringing, he said that he was given two options: "sell drugs with a gun on his hip or rap". From the age of six, Kodak Black used the nickname "Black". He also used the nickname "Lil' Black". When he joined Instagram he chose the username "Kodak Black", "...'cause you know Kodak, that's pictures and all that." This later became his stage name when he started to rap and a name favored by his fans.

Nardo Wick, best known for his 2021 single "Who Want Smoke?", which has a remix which features fellow rappers G Herbo, Lil Durk, and 21 Savage that propelled it to debut at number 17 on the US Billboard Hot 100 and earn platinum certification by the RIAA. Wick released his debut studio album, Who Is Nardo Wick?, that same year. 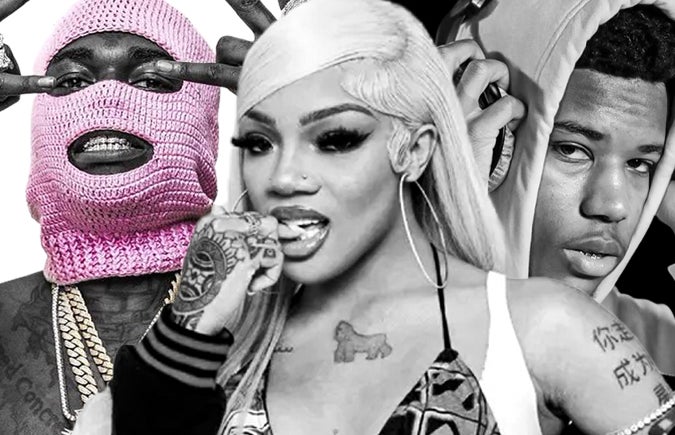