Kansas City, Mo. (Sept. 13, 2021) –This. Is. Monster Jam!  The most action-packed motorsports experience for families in the world today returns to Kansas City for an adrenaline-charged weekend at T-Mobile Center on Jan. 14 to 16, 2022. Monster Jam, celebrating its 30th anniversary this year, features world-class athletes locked in intense competitions of speed and skill.

The Monster Jam Pit Party will be held on Saturday and Sunday. At the Monster Jam Pit Party, fans can see the massive trucks up close, meet their favorite drivers and crews, take pictures and enjoy other family-friendly fun.  This unique experience is the only place that allows people to get up-close access to the Monster Jam teams and get an insider’s look at how these trucks are built to stand up to the competition.

The Arena Championship Series Central features eight skilled athletes fighting for the championship while putting on a spectacle, constantly innovating and always entertaining.  Krysten Anderson gets behind the wheel of the black and green wrecking machine, the legendary Grave Digger, which is celebrating its 40th anniversary this year.  Fan-favorite and two-time GUINNESS WORLD RECORD title holder Bari Musawwir looks to lock in the championship in Zombie, while Elvis Lainez gets back behind the wheel of El Toro Loco.  Soldier Fortune Black Ops will be driven by United States Army veteran Tony Ochs. **Truck and driver line-up subject to change

Monster Jam drivers are trained, world-class male and female athletes who have mastered not only the physical strength and mental stamina needed to compete, but the vital dexterity to control 12,000-pound machines capable of doing backflips, vertical two-wheel skills and racing at speeds up to 70 miles-per-hour to produce jaw-dropping, live motorsports action seen around the world.

Tickets for Monster Jam Kansas City go on sale Tuesday, Sept. 21 at 10 a.m. at T-MobileCenter.com. For more information about Monster Jam and other upcoming events at T-Mobile Center visit here. 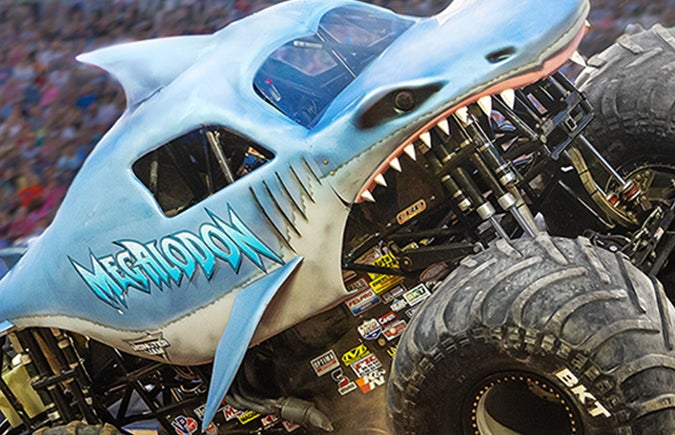